I just did one of those Facebook things where you have to list seven albums that have been on your “active” playlist for years and years. You’re supposed to just post the cover of the album, and no need to explain why I like it. It’s probably some kind of marketing scheme that is actually collecting information about my shopping habits based on my listening habits. But what the heck, it’s fun. And it’s an interesting challenge – it’s not what I have officially designated as my Favorite Albums, but rather the ones I actually listen to.

Since I wasn’t supposed to talk about the albums on Facebook, I’ll do it here. Here’s my list:

There were a few albums that almost made the list, like the Beatles’ “Revolver,” James’ “Laid,” and Fugazi’s “End Hits” – they’re all great, and if I had been asked for 10 albums instead of seven, I would have listed them.

I think the qualities that draw me to these albums are strong songwriting and a pop music feel. They also all have a combination of great riffs, memorable melodies, and insightful lyrics. I would love to have written a lot of these songs. They’re all “hummers” – you can’t help humming them all day after you hear one. Even the Leo Kottke songs, with no vocals; you want to hum along to his guitar parts. 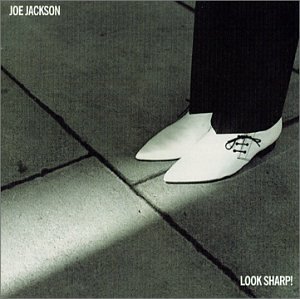 When I first started getting serious about playing the bass, I spent my practice time learning songs that I really liked. “Look Sharp” was at the top of my list, right after “Talking Heads ’77.” Both albums have great, melodic bass lines that hold the rest of the song together. At the time, I was unemployed, and set myself the goal of learning all of “Look Sharp” on bass. It was a challenging project, and I was having a great time. Unfortunately, somebody hired me and I had to put my “Look Sharp” plans on hold. But I’ve recently decided I’m going to take up the challenge again and finish learning the album.

I discovered Amy Rigby’s “Diary of a Mod Housewife” at exactly the right time. Have you listened to an album and felt like it was addressed directly to you? That’s how I felt with this one – I was the right age, the right gender, and going through a lot of the same things the songs talk about. She writes fantastic pop songs, and she’s a great lyricist. Plus, Elliot Easton from the Cars produced it, just to put the cherry on top of this awesome-flavored musical sundae.

I’ve known about Simon and Garfunkel for most of my life – my parents had “Bookends” and I think one other album. I’ve always loved the way they use harmonies (Simon and Garfunkel, not my parents) – tastefully, not too much, and just in the right places. Their lyrics paint amazing pictures of the darker side of life and love. Two characters kill themselves over the course of the album, and at least one other dies for some undetermined reason. But the high body count is balanced out by the beautiful darkness of “Sounds of Silence” and “I Am a Rock,” as well as the wonderfully goofy “We’ve Got a Groovy Thing.”

The Rolling Stones are another band I’ve known about forever. I can remember my uncle playing “Hot Rocks” on the 8-track back when I was a wee thing. “Between the Buttons” comes from a period in the Stones’ history that I particularly like – their songs were on the poppier side (see “Amanda Jones”) and they were experimenting with different sound sources, like the cello and recorder on “Ruby Tuesday.” And Charlie Watts drew a nifty little cartoon for the back of the record. “Connection” is probably my favorite song on the album, but there are a lot of great ones to check out.

As for Leo Kottke, if I could play any one of the songs on this album, I would be very happy indeed. It’s definitely complex music, but also very accessible. I could listen to this album over and over again (and I have). There are no vocals on this, but I wouldn’t call it a lack of vocals so much as just the right amount of guitar. And it’s a very catchy group of songs; Leo writes good riffs. 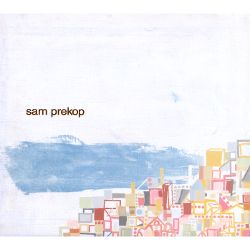 The Sam Prekop album is one of those records I had on continuous heavy rotation for weeks. It’s restrained, jazzy, spare, and compelling. But it’s still emotionally enthralling. You might know Prekop from the Sea and Cake, who are a little more rock & roll; this is a more minimal experience. Oddly enough, considering how mellow a lot of his music is, the only concert where I ever thought I might encounter violence was at a Sam Prekop show in the East Village. It was totally the venue’s fault; they packed in the fans until nobody could even move comfortably. A fight almost broke out right in front of me. Still, Sam played great and I enjoyed seeing him. 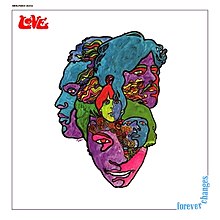 And of course, there’s Love. Even if you don’t like music from the 60’s, even if you don’t like complex song structures and surreal lyrics, even if you don’t like total awesomeness, it’s worth giving “Forever Changes” a shot. It’s really different from a lot of music of the time; I think that it would do very well if released today. There are a couple different songwriters in the band, which helps keep things interesting, and the songs themselves are so compelling that I feel like I learn something new every time I listen to them.

In fact, that’s another quality all of these albums have in common. It’s not just that they’re easy to listen to multiple times, but every time I do listen, I get something out of it. That for me is a mark of a successful piece – it continually entertains and informs over time.

I love music. I listen to it, I compose it, I play it, I write about it. This is more or less a bunch of songs I really like, or dislike, or just can't get out of my head. More info about me and what I do is at www.elizabethwalsh.org. View more posts